Every 14 seconds AIDS makes another child an orphan.
There are more than 34 million orphaned children, and nearly 15 million of these children have lost their parents to HIV/AIDS. Something must be done. Visit>>http://go.care2.com/e/gBMG/MOo/pUj_
******************************************
To understand the true meaning of Jihad, do read Prof Zul's (USM's VC) article in yesterday's NSunT or go to http://www.jihadwatch.org/archives/000664.php
Quote:
"In my line of work, I hear it all the time — from Muslims and non-Muslims alike: "jihad doesn't mean 'holy war.' The Arabic word means 'struggle.' In Islam jihad primarily means the struggle within the soul of the believer to conform his life to the will of Allah."
********************************
An open letter to sdr AO and KN:
Salaam and Ramadan al-Mubarak,
Hope you both are in the best of health. I have addressed this issue of appropriate approach many times before, thus I do not wish to sound like a broken record. However, I think 8 or 10 years are too long and too precious a time for anyone to waste on tactics that are ineffective. Sdr AO,
I think you should let go and move on with your life. Nothing would make her happier now than to see you have a compatible partner to share your life, and wealth, with. So, let bygones be bygones, do forgive and forget.
Sdr KN,
Perhaps there is still hope for both of you. And I mean just the two of you, uncluttered with undesirable characters in the midst. I’m convinced that you are a very intelligent person, hence it must be diffidence or pride that hinders you or your representatives from articulating your good intentions. If you had indeed ventured or sent representatives to her ‘doorstep’, the next logical step then would be to invite her verbally since she feels awkward speaking to strangers or entering strange cars and homes.
Otherwise, you should leave her alone, free to pursue her own interests and passions, and untroubled by unsettling thoughts about her values and practices. Allah is the source of her sustenance and protection; abundant wealth from questionable sources may indeed compound her guilt about “crude materialism, income inequality and social injustice”. Unless you are willing to give part of your fortune to further her wish to redistribute to those in dire straits, or to struggle for a more “enlightened and just society”, do let the matter rest.
May Allah Bless You.
Posted by BaitiBadarudin at 10/16/2006 11:54:00 AM No comments: 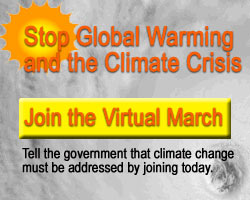 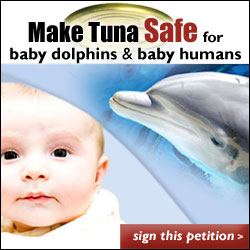 Learn More
The results are in and the reality of global warming is beyond dispute or debate. It’s not just an environmental issue. It affects our public health and national security. It’s an urgent matter of survival for everyone on the planet — the most urgent threat facing humanity today. It’s going to take action from you and all of us working together.
The first step, Join the Virtual March.
The second step, Keep reading below, and share this with friends.
Global warming isn’t opinion. It’s a scientific reality. And the science tells us that human activity has made enormous impacts to our planet that affect our well-being and even our survival as a species.
The world’s leading science journals report that glaciers are melting ten times faster than previously thought, that atmospheric greenhouse gases have reached levels not seen for millions of years, and that species are vanishing as a result of climate change. They also report of extreme weather events, long-term droughts, and rising sea levels.
Fortunately, the science also tells us how we can begin to make significant repairs to try and reverse those impacts, but only through immediate action. That’s why we urge you to join us. The Stop Global Warming Virtual March is virtual but its purpose is real. By spreading the word and sharing this with others, our collective power will force governments, corporations, and politicians everywhere to pay attention.
What is Global Warming?
The Earth as an ecosystem is changing, attributable in great part to the effects of globalization and man. More carbon dioxide is now in the atmosphere than has been in the past 650,000 years. This carbon stays in the atmosphere, acts like a warm blanket, and holds in the heat — hence the name ‘global warming.’
The reason we exist on this planet is because the earth naturally traps just enough heat in the atmosphere to keep the temperature within a very narrow range - this creates the conditions that give us breathable air, clean water, and the weather we depend on to survive. Human beings have begun to tip that balance. We've overloaded the atmosphere with heat-trapping gasses from our cars and factories and power plants. If we don't start fixing the problem now, we’re in for devastating changes to our environment. We will experience extreme temperatures, rises in sea levels, and storms of unimaginable destructive fury. Recently, alarming events that are consistent with scientific predictions about the effects of climate change have become more and more commonplace.
Environmental Destruction
The massive ice sheets in the Arctic are melting at alarming rates. This is causing the oceans to rise. That’s how big these ice sheets are! Most of the world’s population lives on or near the coasts. Rising ocean levels, an estimated six feet over the next 100 years or sooner, will cause massive devastation and economic catastrophe to population centers worldwide.
The United States, with only four percent of the world’s population, is responsible for 22% of the world’s greenhouse gas emissions. A rapid transition to energy efficiency and renewable energy sources will combat global warming, protect human health, create new jobs, protect habitat and wildlife, and ensure a secure, affordable energy future.
Health Risks
Malaria. Dengue Fever. Encephalitis. These names are not usually heard in emergency rooms and doctors’s offices in the United States. But if we don’st act to curb global warming, they will be. As temperatures rise, disease-carrying mosquitoes and rodents spread, infecting people in their wake. Doctors at the Harvard Medical School have linked recent U.S. outbreaks of dengue (‘breakbone’s) fever, malaria, hantavirus and other diseases directly to climate change.
Catastrophic Weather
Super powerful hurricanes, fueled by warmer ocean temperatures are the “smoking gun” of global warming. Since 1970, the number of category 4 and 5 events has jumped sharply. Human activities are adding an alarming amount of pollution to the earth’s atmosphere causing catastrophic shifts in weather patterns. These shifts are causing severe heat, floods and worse.
Five Things We Can All Do
Join StopGlobalWarming.org. Together our voices will be heard!
Spread the word, share the learning. Send this link to family, friends, and colleagues. Share why this is so important.
Change begins at home. Put the heat on your elected officials. The power of the pocketbook.
And a Special Note to that Special Someone:
"Go with the flow, swim with the tide, and learn my lingo 'cos I don't respond to secret society pacts"
Posted by BaitiBadarudin at 10/03/2006 03:44:00 AM 1 comment:

The Real Cost of Development 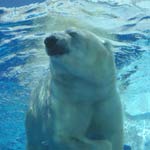 Bam@Safiah Aziz, a niece of mine, died early yesterday morning. She had successfully defeated cancer, only to succumb to fungal infection of the heart. The 'tahlil' (prayers) held for the closest family was a stark realization of the fragility of life and "the courage for the changing of the guards" (Bob Dylan). Are we, that is the surviving nieces - Saadah, Sa'diah, Sabrina - and I, ready to take on the mantle of the Matriarchs?
Our loss inevitably prompts us to reassess our roles, our priorities, and to reflect on the gift of life and celebrate life while we are alive. "... life is not what happens to you but what you make of what happens to you. Everyone dies, but not everyone fully lives. Too many people are having "near-life experiences". Which brings me to the often distorted 'meaning' of living our life to the fullest, and in relation to that, the 'meaning' of development for all kinds of life.
Recently, I watched a show on Animal Planet about a conservationist's experience in being a surrogate mother to two orphaned baby dear, Jewel and Jake, whose mothers were killed either by a bear or poachers in Alaska. And just prior to that, was another touching story about orphaned tiger cubs who walked into a temple compound in Northeastern Thailand and the lives of the monks there. Their mothers were also killed by poachers.
And just today, I received this message from my gnusletter@care2.com:
"I want to tell you about a hungry mother polar bear swimming to find dinner on what should have been nearby ice. She swam farther and farther from shore, lost energy, and finally drowned as her cubs desperately searched for her along the shore.
Why are polar bears drowning? According to new research, average summer temperatures have increased by two or three degrees off the north coast of Alaska since the 1950s. Rising temperatures mean that polar bears are forced to take long voyages as the ice flows from which they feed melt, become smaller, and drift farther apart.
Help save a polar bear like this one by taking action against global warming!"
Yes, LKY, what is the meaning of being "successful and hardworking", if it is at the expense of other living beings and your own family members? I really don't mind being "unsuccessful" and practicing a "soft, lethargic" culture, rather than accumulating wealth from gambling, vice, drug and other illegal or ruthless activities. Certainly not to purchase more air-polluting vehicles, land-eroding hillside residences, mindless technological gadgets, meaningless pursuits, so on and so forth.
As a parting gift, allow me to share this enlightening piece on "a decentralized, ecologically and socially sustainable model of development".
The Cost Of Development: The "great commercial" of Western industrialization
advertises a product of dubious value
www.context.org/ICLIB/IC25/NHodge.htm
Salam Alaikum.
Posted by BaitiBadarudin at 10/01/2006 01:58:00 PM No comments: