Beowulf - Pride is a curse

Another screenplay by Neil Gaiman. Another spectacular showcase of legend and larger than life characters. Definitely a far cry from the oldest surviving epic about the adventures of the sixth century Norse warrior written in pre-10th century A.D. Old English, by no means an 'easy' read even for English lit students.
Posted by BaitiBadarudin at 11/20/2007 06:13:00 PM 2 comments:

What's in a name?

"The challenges of globalising Malaysian herbal brands"
From here on, I will be writing more on a joint research project on building local brands, focusing on herbal-based cosmetics as case studies.
Posted by BaitiBadarudin at 11/06/2007 11:04:00 AM 4 comments:

Email ThisBlogThis!Share to TwitterShare to FacebookShare to Pinterest
Labels: BrandAid 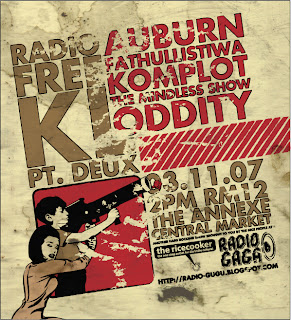 'Radio Free KL Pt. Deux'
I may not be able to appreciate ISA's brand of music but it doesn't stop me from promoting it and perhaps taking a lil peek, if I feel up to it.
For readers of ISA's generation, it's Auburn's turn to burn along with other bands of similar frequency - Fathulistiwa, Komplot, The Mindless Show and Oddity at The Annexe, Central Market, KL, on November 3 2007 (Saturday) at 2pm.

Wish Upon a Star 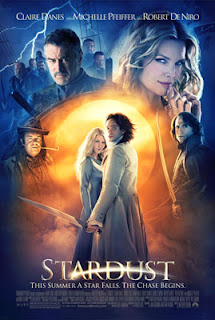 'Being a romance set within the realm of fairie'
ISA, who initiated me to Neil Gaiman's work, had sent me a lovely e-card a few weeks prior to the release of the silver screen adaptation of Stardust.
I had found Gaiman's fantasy comic-novels a welcome escape into vicarious adventures that a 'frozen' woman such as myself hadn't allowed herself to partake.
Be that as it may, the movie version of Stardust enthralls me as a big screen picture book that comes alive and invites me to identify with the key character in the 'fairie' tale - Yvaine the Star, of course.
And I didn't mean that in an egoistical, narcisistic manner, but in a lonesome kindred spirit kind of way. Or had I been a Star all this while but simply never realised it? Hah! Dream on, lady, dream on.
In any case, an enormous fan of Gaiman's books finds Yvaine "passive and soppy", which is why I could relate with her character. I wish I could be more assertive and competitive, though, like Michelle Pfeiffer as Larnia the wicked witch. But I think Yvaine the Star shines brightly enough with her musings on human foibles and her love for the very ordinary 'shop boy', Tristan Thorne (Charlie Cox).
The story opens with Tristan working in the very ordinary grocer’s shop in the very ordinary English village of Wall. The only thing that's not ordinary about the Wall is the wall that divides the 'real' world from the land of Faerie on the other side, a wall that its inhabitants are forbidden to cross.
Now, Tristan is besotted with one Victoria Forrester (Sienna Miller), the Wall's most beautiful and most pampered of all the damsels in that village. In his bid to outdo his competition and to win her hand in marriage, he rashly promises to venture into Faerie and bring her back the shooting star that fell on the other side on an evening when they were having their moonlit picnic. Having made his way into the magical kingdom of Stormhold, Tristan is surprised to discover that his star is not a lump of rock but an incorrigibly fractious young woman named Yvaine (Claire Danes), whose leg was injured when she fell.
Despite her protests, Tristan is determined to present Yvaine to Victoria. However, he soon finds himself having to protect her since Yvaine is in real and present danger - her heart is sought after by Larnia and her ugly sisters, who need to devour it to restore their youth and beauty. Since she has on her a magic chain and pendant that was tossed by the deceased King of Stormhold, she was also sought by the Princes of Stormhold, who have to transform the gemstone on the pendant to ruby in their claims as rightful heirs to the throne.
With evil witches and murderous pretenders hot on their heels, Tristan and Yvaine get to hop onto Stardust's adventure ride filled with a graceful unicorn, a prince with his 'ghostly' sibilings on a macabre stage coach, a cross-dressing captain and his motley crew of swashbuckling pirates in a flying ship, and more.
DeNiro's performance was impeccable; Cox is a rising star, convincing both as the naive and innocent younger Tristan as well as the more suave and debonair version. Pfeiffer shone as the wicked witch, brilliant both as a youthful beauty and an old crone.
Posted by BaitiBadarudin at 11/02/2007 05:54:00 PM No comments: