Blue is the new green 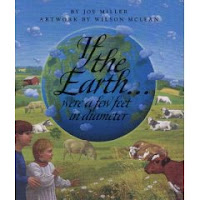 Want to stop global warming? Wear BLUE for Earth Day 2008! Join millions of people around the world who will be wearing BLUE to signify their vote for NO COAL. Events will be happening April 19th through April 22nd, so...
If you’re attending the Earth Day event on the National Mall in Washington, DC on April 20th, wear BLUE.
If you’re attending another major Earth Day event, wear BLUE.
When you dress in the morning on Earth Day, wear BLUE.
No matter what you’re doing for Earth Day 2008, wear BLUE.
A BLUE shirt, top, sweater or jacket... whatever. Just wear BLUE.
Then, on April 22, make your voice heard. Pick up the phone: Call Congress (or your MP) and ask for an immediate ‘Moratorium on Coal’ - a halt to the construction of any new conventional coal-fired power plants. Through this Call for Climate event, Earth Day hopes to generate over a million phone calls to Congress!
Your BLUE vote will count. Fifty-nine conventional coal plants were canceled in 2007. That’s over a third of the 151 planned. That happened before millions of people joined together to say No Coal.
BYOBlue for Earth Day 2008. Be the vote that tips the balance.
Posted by BaitiBadarudin at 4/22/2008 05:48:00 PM